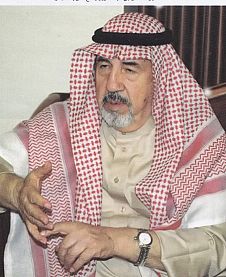 Uthman Taha is an internationally acclaimed Arabic calligrapher who has hand-written the Mushaf Al-Madinah, which is the copy of the Quran issued by the King Fahd Complex for the Printing of the Holy Quran.

Background: Sheikh Taha was born in 1934 near Aleppo, Syria. He developed a passion for calligraphy when very young, but had to wait until he moved to Damascus (where he studied a BA in Sharia at Damascus University) before he met the chief calligrapher in Syria, Muhammad Badawi Al-Diyrani, and the Iraqi calligrapher, Hashim Al-Baghdadi. He then travelled to Istanbul, where he met the most celebrated calligrapher of the time, Hamid Al-Amidi, from whom he received certification.

Copying the Quran: The written copy of the Quran is known as a Mus-haf, and it took Taha approximately three years to copy one out. He wrote his first copy in 1970 and in total has written out over 10 copies. The most significant one was the one assigned to him in 1988 by the King Fahd Complex for the Printing of the Holy Qur’an in Madinah. This copy is the one printed by the King Fahd Complex and distributed to millions of pilgrims every year. It is the most common copy of the Quran available worldwide. Taha has copied out 6 different textual variants including Warsh (used in Morocco and Algeria), Hafs (worldwide), Duri (Africa and Sudan), and Qalun (Libya).