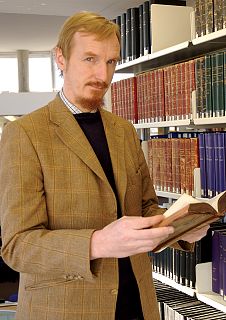 Prof Timothy Winter, also known as Shaykh Abdal Hakim Murad, is an academic who has been actively involved in numerous initiatives in the UK over the past three decades.

Academic: He is currently the Aziz Foundation Prof of Islamic Studies for the Cambridge Muslim College and Ebrahim College, two leading seminaries training faith leaders and Imams for the British community. He is also Shaykh Zayed Lecturer of Islamic Studies in the Faculty of Divinity at Cambridge University and Director of Studies in Theology at Wolfson College. He has published and contributed to numerous academic works on Islam and among his best known works are translations from Imam Ghazali’s Ihya and his own series of aphorisms (Commentary on the Eleventh Contentions). He is a much sought after speaker and contributes regularly to the media (fluent in several languages). Hundreds of YouTube videos of his lectures and talks form an important source of knowledge for English-speaking Muslims.

Cambridge Mosque: Prof Winter has been the main force behind the decade long project to build the Cambridge Central Mosque. The mosque represents an authentic Islamic design contextualised to its location and times. It is Europe’s first eco-mosque, having been designed with a high degree of environment sustainability. It also incorporates a café, and meeting rooms for use by the whole community. The mosque opened in April 2019 and looks set to take its place as an iconic standard for all places of worship in the country.