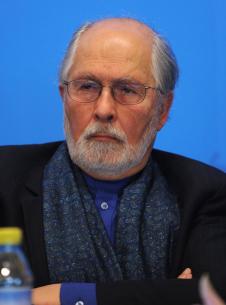 Seyyed Hossein Nasr is University Professor of Islamic Studies at George Washington University. He remains one of the most influential Muslim scholars in the world for his work on Islamic tradition and philosophy. He is the only Muslim to be included in the Library of Living Philosophers and has written over 50 books and over 500 articles.

Background and career: Nasr was born in Iran and raised in a house of scholars and physicians. He was sent to school in the USA, won a scholarship to MIT for undergraduate studies in physics and obtained a doctorate in the history of science and philosophy from Harvard. He returned to Iran in 1958 where he swiftly rose through academic ranks to become Vice-Chancellor of Tehran University and then President of Aryamehr University. The 1979 Iranian revolution forced Nasr to leave Iran and so he settled in the USA.

Reviver of Tradition: Nasr’s work has covered the most important areas of contemporary Muslim thought from classical Islamic philosophy, Islamic science, Sufism, and critique of modernity to interfaith relations, Islam–West relations, and the environmental crisis. Nasr was the first Muslim scholar ever to be invited to give the prestigious Gifford Lectures, which were later published as Knowledge and the Sacred. Nasr’s work has been ahead of its time in predicting the disastrous consequences of the environmental crisis. Books such as The Encounter of Man and Nature (1968) critique the rise of a secular, modern conception of nature as inert matter to be conquered by modern technology, and attempt to revive a sacred notion of nature.

Legacy: For Nasr, the quest for knowledge, specifically knowledge which “liberates and delivers him from the fetters and limitations of earthly existence,” has been and continues to be the central concern and determinant of his intellectual life.