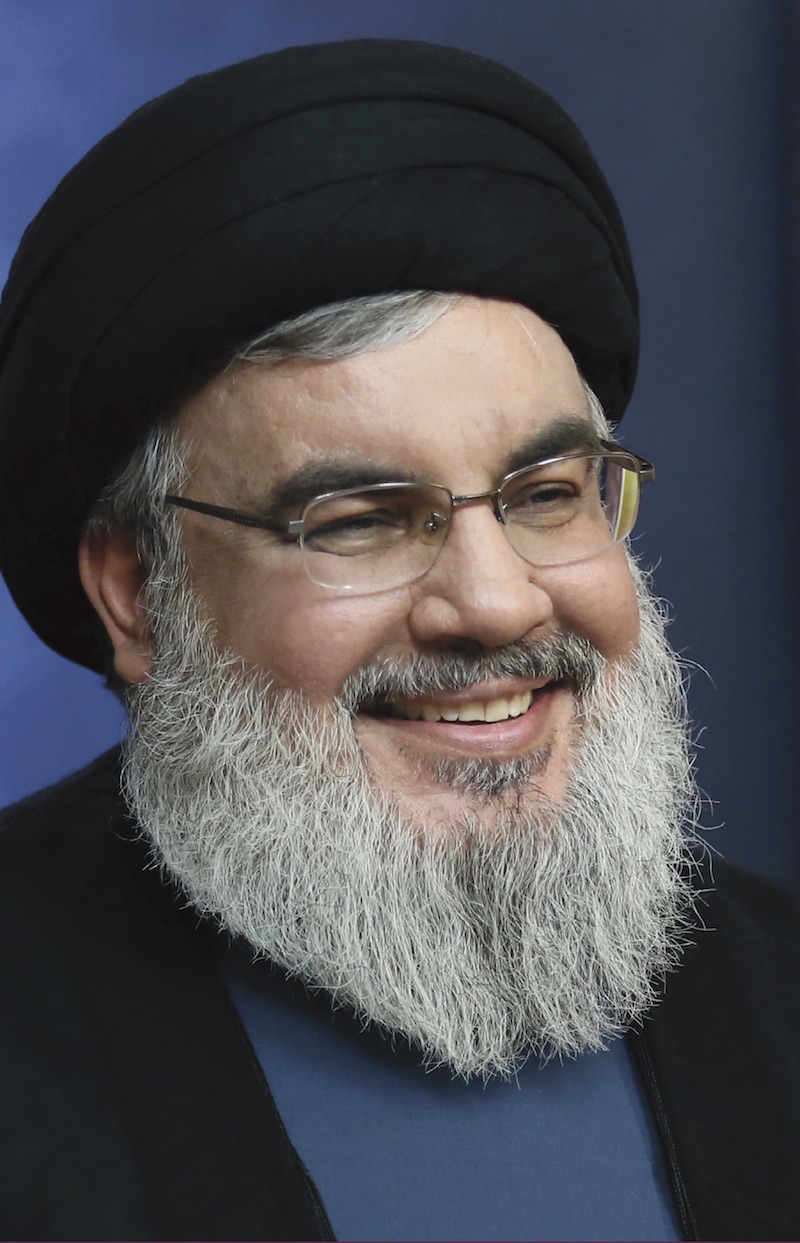 Seyyed Hassan Nasrallah is serving his sixth term as the current and third Secretary-General of Hezbollah (the Party of God). Hezbollah is a Twelver Shia Islamic political party, social and paramilitary organization based in Lebanon which seeks social justice through Islamic ideals.

Influence: Political leader of 1-2 million Lebanese Shi‘a and supporters of his resistance to Israel

Military Power: Hezbollah remains a de facto security force in southern Lebanon, and its military presence is felt throughout the country. The military successes Nasrallah had in the late nineties are seen as the main factor for Israel’s withdrawal from southern Lebanon in 2000, and the repulsion of Israeli forces in July 2006 earned Nasrallah many more supporters. Hezbollah fighters have been key in strengthening the Syrian regime during the Syrian civil war, and their presence there has pushed out da’ish but draws reactions from Israel. Hezbollah has continued to develop its arsenal, and as well as developing accuracy, latest estimates include at least 100,000 rockets and missiles.

Social Services: Hezbollah has also won significant grassroots support by cultivating a social welfare system that provides schools, clinics and housing in the predominantly Shia parts of Lebanon. These welfare activities are run with efficiency and rival those carried out by the state, giving the organisation even broader appeal. It also runs Al Manar—an influential television station.

“Let the entire world hear me. Our hostility to the Great Satan is absolute.”

Over 45 thousand– active duty troops and reservists in Hezbollah