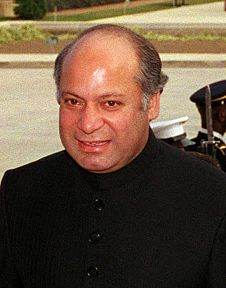 Mian Muhammad Nawaz Sharif served as Prime Minister of Pakistan on three occasions: from 1990-1993, from 1997-1999 and from 2013-2017. On the last occasion he was forced to resign over corruption charges and in 2018 was convicted of corruption. He received a ten year sentence and spent two months in prison before the Pakistan High Court suspended the sentence (the same happened to his daughter, Maryam). Sharif was then found guilty of fresh corruption charges and an accountability court sentenced him to seven years in prison and fined him $25 million.