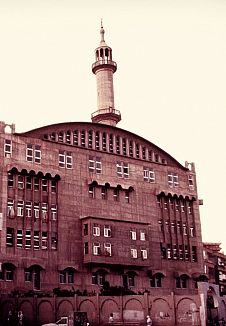 Munira Qubeysi is the head of the largest women-only Islamic movement in the world. It offers Islamic education exclusively to girls and women. Qubeysi commands around 80 schools in Damascus alone, teaching more than 75,000 students. She is one of the most significant Islamic scholars in the world; her movement focuses on learning the Qur’an and six Hadith collections by heart. Qubeysi is arguably the most influential Muslim woman in the world, albeit in great discretion.

Female Muslim Order: At a time when clandestine meetings of Islamic organizations are proscribed in Syria, Sheikha Qubeysi’s network, the Qubeysiat, has legally been permitted to host classes and meetings in mosques since 2006—although they had been operating as a secret society for long before that time. Members of the Qubeysiat are provided a unique role within Arab society as scholars and teachers exclusively catering to the needs of Muslim women; they provide an open forum to address religious questions and discuss religious issues.

Milestones in Islamic Education: Qubeysi is influential as the leader of an incredibly successful educational movement. The religious education of women had previously been neglected so the emergence of a female-specific educational initiative has become very popular, making the Qubeysiat, in numbers, the leading Islamic movement in Syria. Qubeysi’s students are also at the forefront of a significant achievement in Islamic history in regards to education—no less than 70 Qubeysiat have memorized nine canonical books of Hadith with extensive chains of narration.