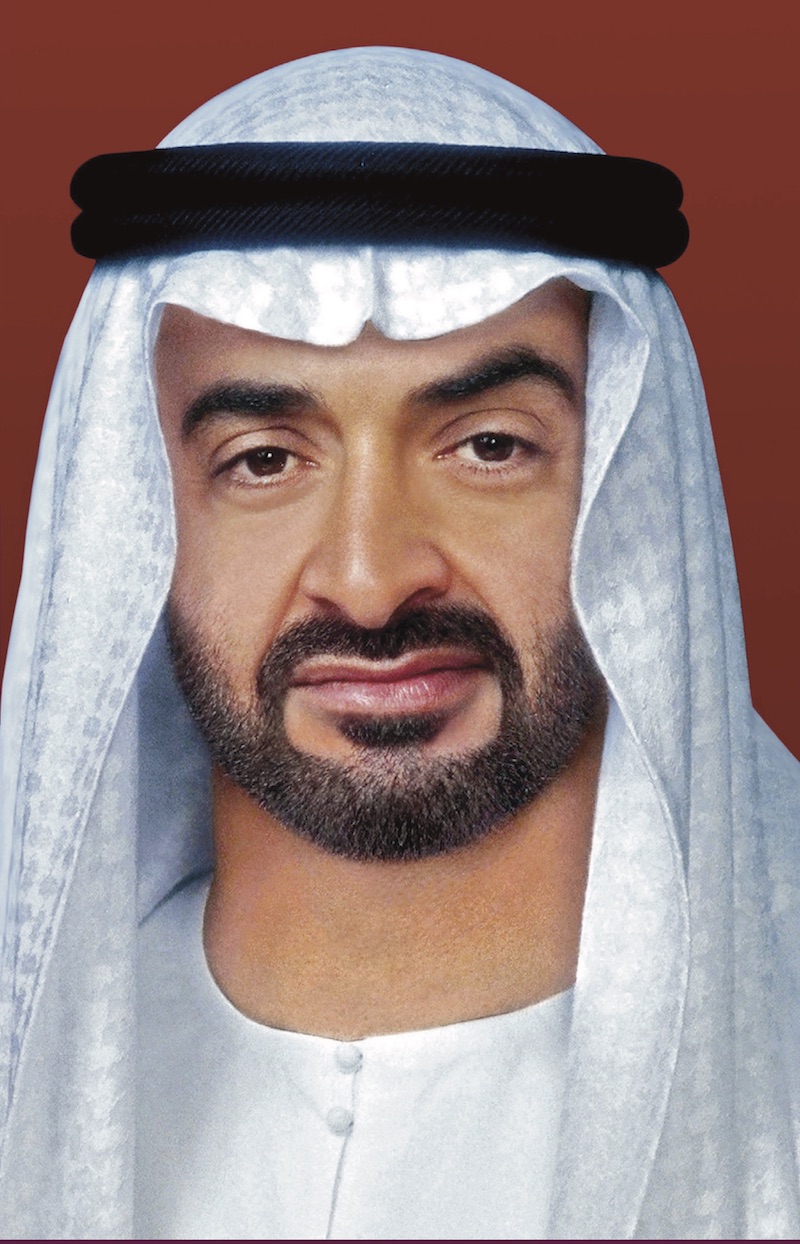 Sheikh Mohammed bin Zayed Al-Nahyan is the Crown Prince of Abu Dhabi and Deputy Supreme Commander of the UAE Armed Forces, as well as next in line to be President of the United Arab Emirates. He is the third son of the late Sheikh Zayed bin Sultan Al Nahyan, the widely-respected first President of the UAE who ruled from independence in 1971 until his death in 2004.

Military Leadership: Sheikh Mohammed has transformed the military capabilities of the UAE not only through buying military hardware (over 80 F-16 jets), but also by developing UAE’s own industry, both hardware and special forces. All of these have also been deployed in various conflicts including Iraq, Somalia, Afghanistan, Libya and Yemen. The UAE is increasingly becoming an important centre for global weapons trading, with Abu Dhabi host to one of the world’s largest defence expos.

Influence in the US and Beyond: Sheikh Mohammed had an excellent relationship with President Obama until the US-Iran nuclear deal was brokered. With the arrival of President Trump, Sheikh Mohammed has found someone who again listens to his views and by increasing his lobbying power in the US he has managed to have his views heard on Iran, the Muslim brotherhood, Palestine and the support of a young Saudi prince. Further, Sheikh Mohammed has shown that he is his own man, following policies that the US does not support publicly; the support of Libyan general Khalifa Haftar, and the blockade on Qatar. Involvement in other key issues show that the UAE is punching above its weight in international affairs. Its involvement in Yemen has become increasingly complex with a recent split with Saudi policy meaning their respective proxies on the ground fighting each other as well as local forces and proxies of Iran. The humanitarian disaster in Yemen is of an immense magnitude with many voices squarely laying the brunt of blame on UAE and Saudi.

Economic Development: With Abu Dhabi sitting on the 10th of the world’s proven oil reserves, Sheikh Mohammed bin Zayed Al-Nahyan maintains immense political influence in the Muslim World as a leading member of the Abu Dhabi National Oil Company—which directs development efforts for the UAE’s role in the oil and gas industries. He also controls one of the world’s largest sovereign wealth funds (600 billion dollars). He has overseen a construction boom which includes man-made islands, entertainment parks and museum franchises of the Louvre and Guggenheim.

Sustainable Development and Conservationist: Sheikh Mohammed has been a champion of sustainable development in Abu Dhabi as an advocate for the implementation of green technologies. He pledged $15 billion for the development of clean energy through solar, wind and hydrogen power. He is also a keen falconer and is committed to protecting falcons and other species in the region.

Philanthropy and Tolerance: Sheikh Mohammed is noted for his philanthropic and humanitarian efforts in charitable giving. He has donated billions of dollars to various causes, including DH55 million to the UN Global Initiative to Fight Human Trafficking, and purchasing vaccines in Pakistan and Afghanistan. The UAE is home to a diverse workforce and has been keen to show respect to other religions and cultures. It has allowed various houses of worship to be built and it hosted Pope Francis on a recent trip. The UAE has also created a “Ministry of Tolerance” and declared 2019 the official “Year of Tolerance.”

“We have to strike a balance of responsibility between our duty to update other sources of energy, protecting our environment and ensuring a proper legacy for the next generation.”

“We have to ensure the new generation is equipped with knowledge and science so they can represent our competitive advantage in front of the whole world. Our only choice is quality.”