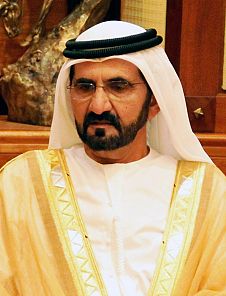 HH Sheikh Mohammed bin Rashid Al-Maktoum is the constitutional monarch of Dubai, as well as the Prime Minister and Vice President of the United Arab Emirates. In 1995, as Crown Prince of Dubai, his chief objective was to make Dubai a resort and business destination. To that end, he helped develop the Palm Islands, the Burj Al-Arab hotel, the Burj Khalifa skyscraper, the Dubai World Cup and the Godolphin Stables.

He has also launched multiple charity initiatives from Dubai, such as ‘Dubai Cares’, which has reached over 18 million beneficiaries in 53 countries since its inception in 2007. He has 18.5 million followers on different social media platforms.