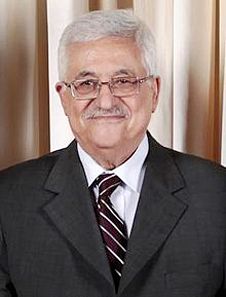 Politics: President Abbas is one of the few surviving founder members of Fatah the main political grouping within the PLO. He has always been committed to pursuing an independent Palestinian state through negotiations and was one of the principal architects of the Oslo peace process. He accompanied Yassir Arafat to the White House to sign the Oslo Accords. He was elected President of the PNA in 2005 in what was due to be a four-year term. No elections have been held since then, and so he remains President.

Treaty with Jordan: President Abbas signed a historic agreement with King Abdullah II of Jordan confirming the Hashemite Kingdom’s custodianship over the Holy Sites of Jerusalem. This treaty makes formal a situation which has existed since 1924, and it will not merely avoid any disputes between Jordan and Palestine, but will more importantly enable both countries to jointly legally protect the Holy Sites in Jerusalem against Israeli (official or unofficial) incursions, physical destruction and illegal annexation.

Key Issues: President Abbas has been vocal in his opposition to the ‘Deal of the Century’, refusing promises of billions worth of investment. This in a context of no political progress for the Palestinian situation, aid cuts of hundreds of millions of dollars by the US and an economy in ruins. The financial crisis has led to deep salary cuts which in turn have fueled further unpopularity to his rule. Internal politics are heating up as potential candidates eye up the succession to Abbas.