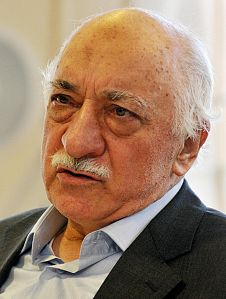 Fethullah Gülen is a preacher, thinker and educator, who assumed the leadership of the Nurcu religious movement–started by Said Nursî (1878—1960 CE). He enjoyed huge support among all of Turkey’s religious population until he was accused of orchestrating the attempted coup of 15 July 2016, and his organizations and supporters subsequently bore the brunt of Erdogan’s crackdown. Many of his followers and supporters in state institutions such as the police, judiciary and education have been targeted and removed from their posts (500,000 people have been detained since the coup). Turkey has formally asked the United States to extradite Gülen.