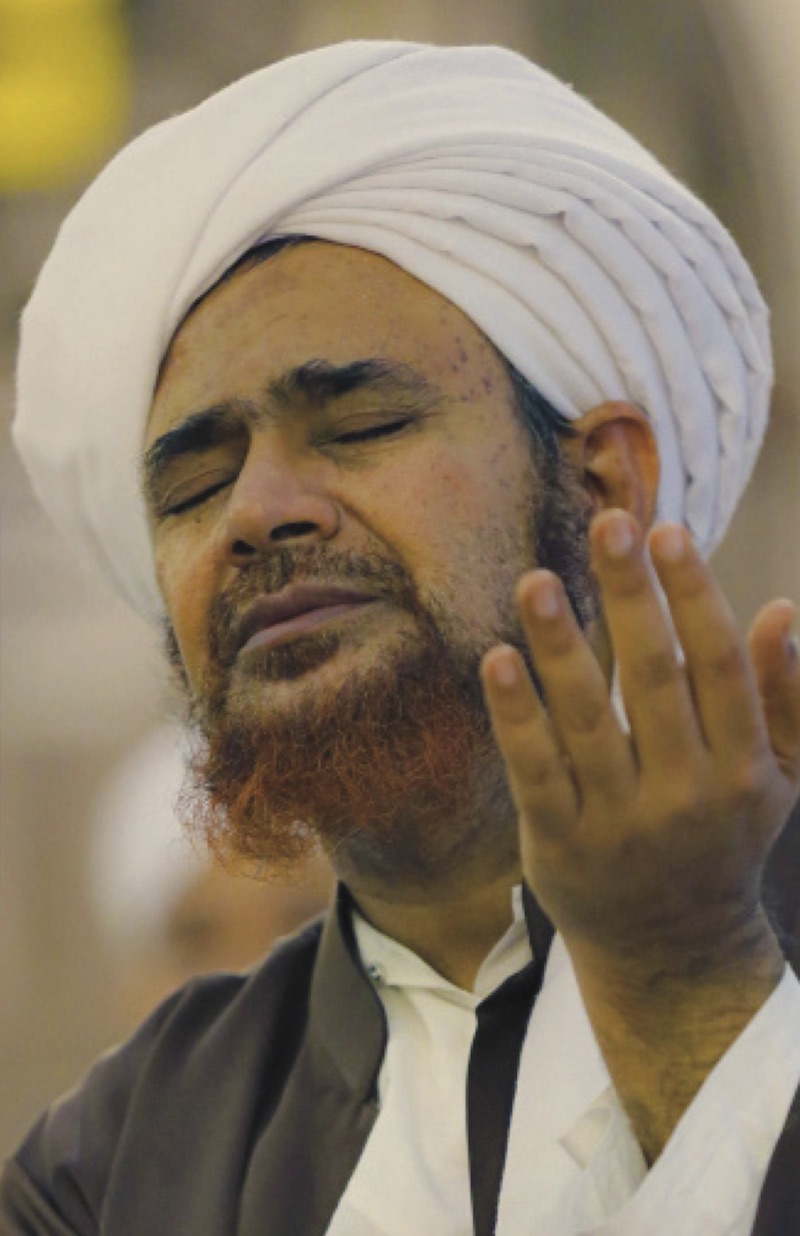 Habib Umar bin Hafiz is well known for his Prophet- ic lineage and status as one of the most influential religious scholars alive today. His influence through scholarship and preaching is vast in the Middle East, Indonesia and East Africa especially. He is also in- credibly influential through his leadership of the Ba Alawi Sufi movement. He has been touring South East Asia, the Indian subcontinent, Europe and the US regularly in the past few years in response to his growing following there.

Study: Habib Umar received all his early education in the city of his birth, Tarim, at the hands of his fa- ther, the Mufti of Tarim and other revered scholars. In 1981, the situation became untenable for him to stay in South Yemen due to the communist regime and so Habib Umar migrated to the city of Al-Bayda in North Yemen where he continued his studies.

Cultivation of Scholarship: Habib Umar founded and runs Dar Al-Mustafa, a centre for traditional Islamic scholarship that currently hosts an array of international students, in Tarim, Yemen. Many of the graduates have gone on to become leading figures worldwide. He has joined the ranks of the world’s leading Muslim academics and scholars as a signatory of ‘A Common Word Between Us and You’, a docu- ment that builds bridges between the Muslims and Christians. He has also spoken at Cambridge Univer- sity on the need for such a dialogue. He has authored several books, such as Al-Dhakirah Al-Musharrafah, which is a summary of obligatory knowledge for every Muslim, three short hadith compilations and a summary of the third quarter of Imam Al-Ghaza- li’s Ihya’ `Ulum Al-Din. His mawlid compositions, Al-Diya’ Al-Lami’and Al-Sharab Al-Tahurare, are re- cited in gatherings throughout the world.

Da’wa and Humanitarian Efforts: Habib Umar is noted for his da’wah efforts, with significant visits to the USA and Europe. He has also partnered with Muslim Aid Australia as founder of Yemen-based NGO Al Rafah Charitable Society to address issues of poverty and hunger and lack of sufficient health care that affect areas of Tarim. His students, most notably Habib `Ali Al-Jifri (see page 77) who estab- lished the Tabah Foundation and Habib Kadhim Al- Saqqaf, are luminaries in their own right. He has a substantial following on social media, via Muwasala, an organisation founded by his students to “promote the scholarly teachings of the blessed tradition of Hadramawt.”

Ba Alawi Tariqah: The Ba Alawi have been centred in the region of Hadramaut, Yemen, for over a thou- sand years. They have produced outstanding figures of scholarship and piety and are well known for their missionary work, particularly in Malaysia and In- donesia. The Tariqah has now spread to all parts of the world and is famous for using the Ihya of Imam Ghazali as a basis of their teachings.

“’Sternness’ with disbelievers refers to remaining firm on one’s religion, not that one is harsh or hard in one’s relations; nor that one upholds anything but excellence in dealings… Never did the Prophet (Allah bless him and give him peace) ever frown at anyone, nor insult, nor revile anyone…even his enemies.”

“Be true in your relationship with the Sovereign Creator, for He is the greatest one with whom you could relate in all your affairs and states. Know that He cares for those who turn to Him; relieves difficulties for them; is there for them in every circumstance, condition and change; and He shelters them in His Mercy, Grace, Pardon and Forgiveness.”

15 – is the age at which he started teaching and doing da’wah.