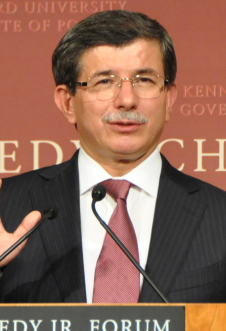 Ahmet Davutoglu was Prime Minister of Turkey from 2014, before differences with President Erdogan saw him resign in 2016. He is a political scientist academic who was appointed ambassador, chief advisor to the Prime Minister, Foreign Minister and then Prime Minister in rapid succession. Davutoglu is considered to be the most important figure for redefining the new framework of Turkish foreign policy under the AKP’s rule.